Flies are a real problem living here in the campo in Spain. Everyone complains that you can't eat outside in the Summer without the flies swarming your food. We thought that all the vegetation in the garden, when we first bought the house, was the problem, so we set about changing the garden, removing weeds and trees too close to the house. We re-planted more trees that we removed but in a place away from the house.
The following year the flies were less but still unbearable when sitting out on the terrace. Trying to eat out there was just a no no. Something had to be done!
One of our Spanish friends told us that his parents used to make fly catchers. They used to use bottles with 4 holes in the top, half filled with water. In the water you place a small piece of raw meat and hang the bottles outside. As the meat goes off the flies are attracted to it. They crawl in through the small hole and cannot get out again. They then drown in the water trying to get to the meat! We thought about this. We were sure the bottles would stink to high heaven, but we were game to give it a go. If it meant we would get our terrace back it had to be worth a try!
We set about making 2 bottles. We used the plastic pop bottles and put 4 holes in the top with a hot stick from the bar-b-que but you would get away with using a soldering iron. Make sure you do this outside as melting plastic fumes are poisonous. The 4 holes have to be big enough for the flies to get in but small enough so that they can't find their way out! 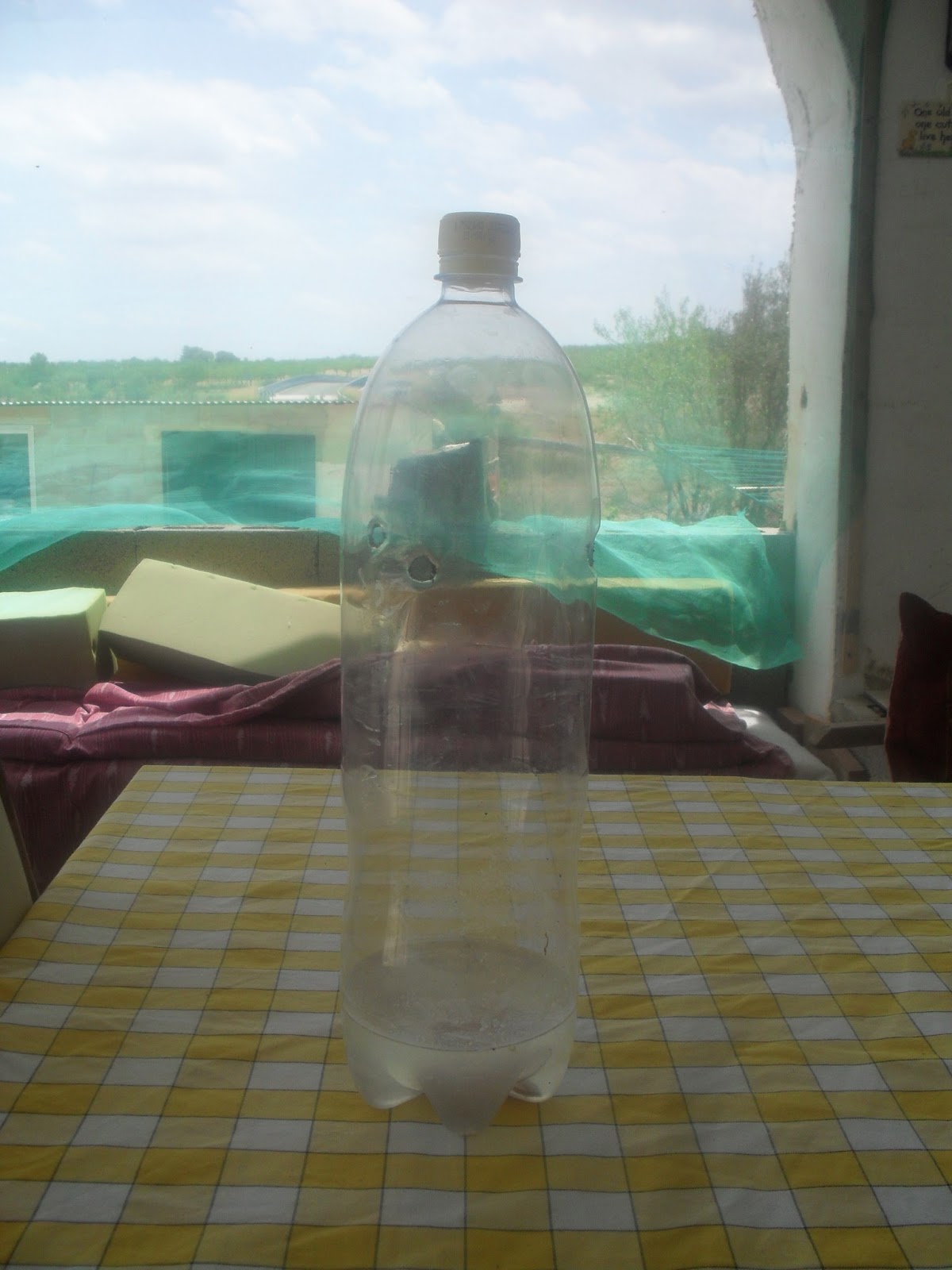 We added a little water and dropped in a little raw chicken. We then hung them out on the terrace. Within 2 days the bottles were swarming and there was no smell with them. 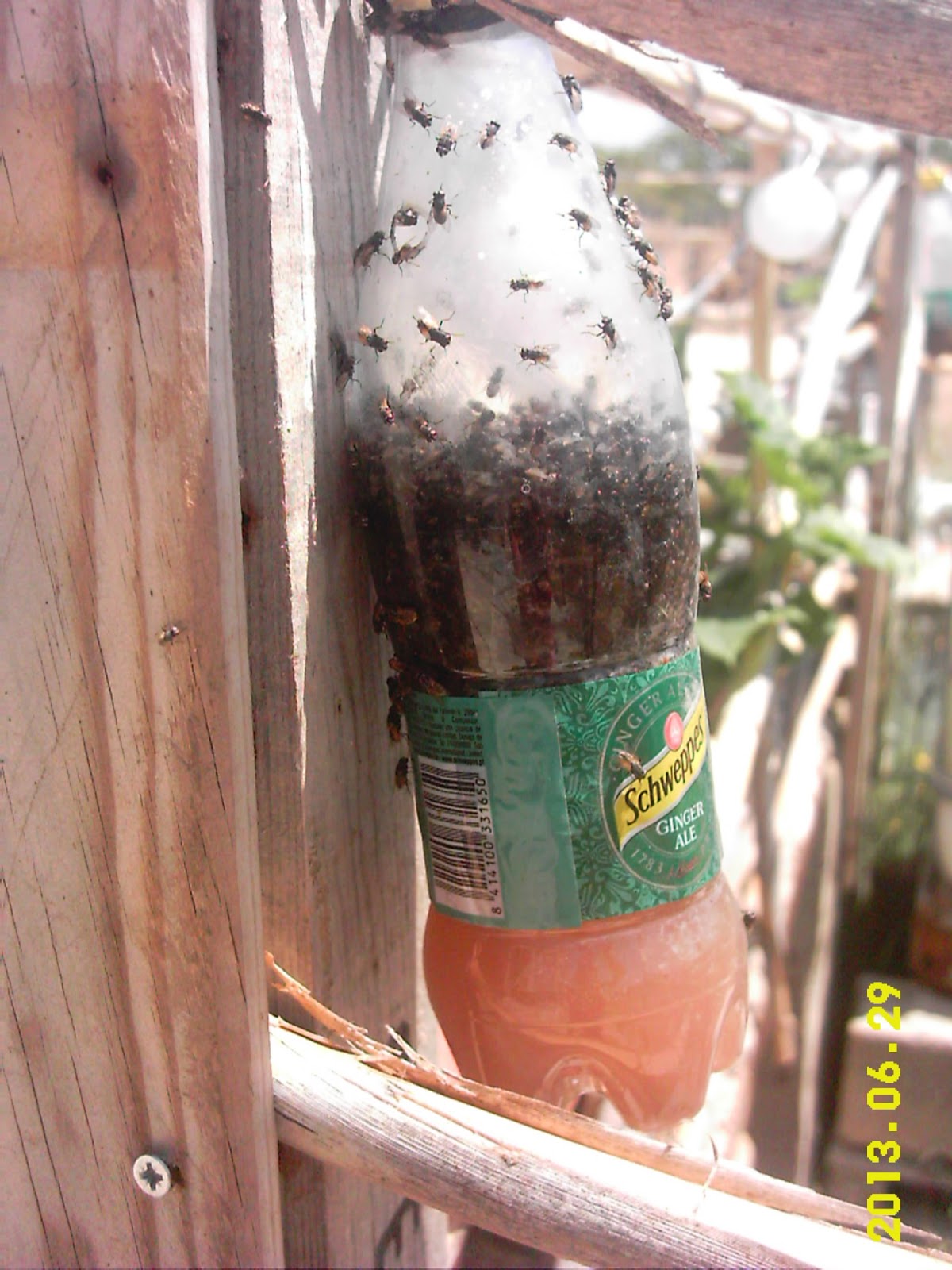 We have since made about 20 more bottles and hung them out on the terrace posts on the outside. We have also placed them around the garden too. They work brilliantly and now we can sit on the terrace without a swarm of flies annoying us!
Michelle Green at 13:43
Share